No, really. Some people do prefer that. It’s called a caffe macchiato. If you haven’t tried it before, then you should. But if you are confused about the differences between a latte or cappuccino, or a mocha, flat white, and a macchiato, then I’m here to help.

Before jumping into the subject of coffee drink varieties, let’s first talk about the espresso, the grandfather of strong black coffee. I’d like to discuss it first because it is the main ingredient in all artisanal coffee concoctions.

Espresso is made by forcing high pressure hot water through a container filled with finely ground coffee beans. One serving of espresso is called one shot or one ounce and is served as is in Italy.

If you add some hot water to a cup of espresso, then it becomes an Americano.

Add some milk to it, and it becomes a variety of different flavors, textures and aromas. The result depends on the amount of espresso and milk, and even the type of milk foam.

To learn more about these varieties, I’ve described the four most common coffee drinks below: latte, cappuccino, flat white, macchiato, and mocha. Get to know each of them in detail and soon enough, you can impress your friends with your coffee-artisanal knowledge. 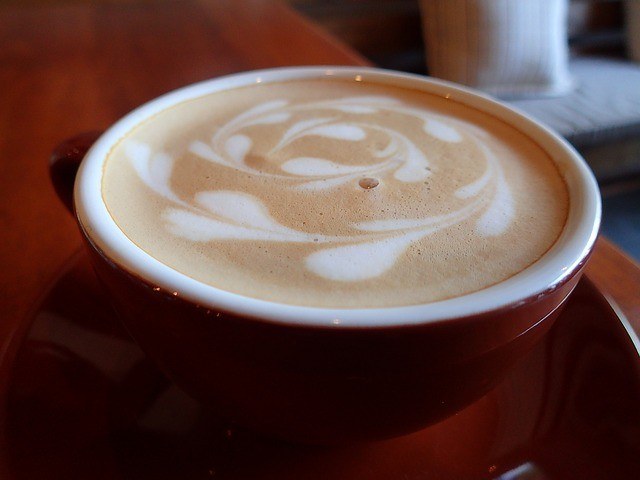 The classic latte is the quintessential milk-and-coffee drink. Specifically, it consists of one or two shots of strong espresso with steamed milk added on top. The word latte is actually short for the Italian word caffè latte which translates to “milk coffee”. It is pronounced as lah tey in the U.S. and laa tey in Britain.

It other parts of Europe, it is called café au lait. In the United States, latte is sometimes called a wet cappuccino (you will learn more about the differences between a “wet” and “dry” cappuccino in the next section).

If you want some foam on top, the barista will add “microfoam”, which is thick, velvety foamed milk prepared with a steam wand. If you are fond of making latte art, it helps to know that 2-percent milk makes better foam. However, if you want your latte to taste more full and creamy, then whole milk would be your best bet.

A single serving of a small latte usually consists of the following: 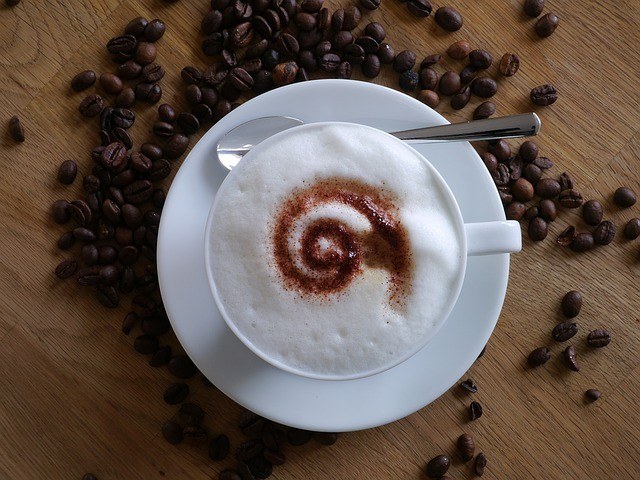 The classic Italian cappuccino is a favorite in most coffee shops. It consists of equal parts of espresso, steam milk, and milk foam. However, the modern-day cappuccino is made by pouring a shot or two of espresso into a tall cup and then spooning the thick foam on top.

Sometimes, a bit of microfoam is added on top of the espresso before the regular milk foam is added. Most of the time, a dash of ground cinnamon and nutmeg and even whipped cream are added on top.

The term cappuccino is Italian and is pronounced as ka pu chee now. The name was inspired by the Capuchin friars, because the color of the beverage is similar to their habits.

Now you may have heard about a dry cappuccino and a wet one. If you’re wondering about the difference between the two, the answer relies on the amount of steamed versus foamed milk. In a dry cappuccino, there is more foam than steamed, while the case is opposite in a wet cappuccino.

However, in an artisan coffee house, one small cup of traditional cappuccino consists of: 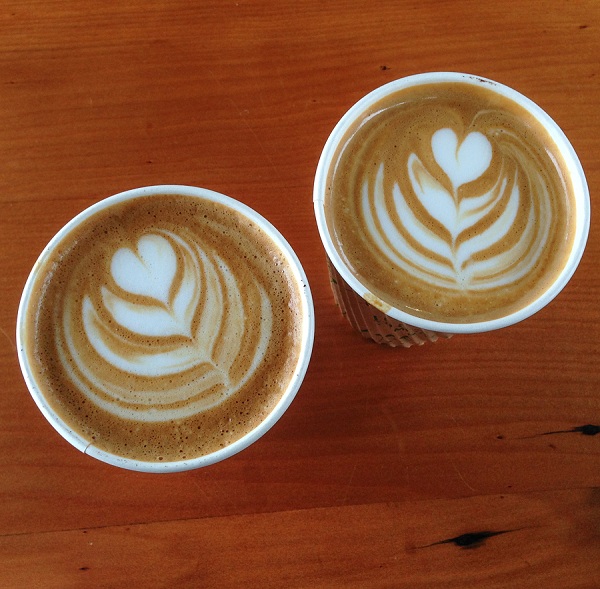 Flat white is similar to a cappuccino, except it has equal parts of espresso and microfoam instead of the regular milk foam. This gives the beverage a stronger espresso flavor. The drink got its name because of the signature thin layer of microfoam on top. This is in total contrast to the thick milk foam found on a classic cappuccino.

Most coffee shops serve their flat white in a ceramic, tulip-shaped 5 ½ ounce cup with saucer.

The flat white may have originated from Australia around the 1980s, although some believe that it was first brewed in Wellington, New Zealand.

A single serving of the classic flat white typically consists of the following measured ingredients: 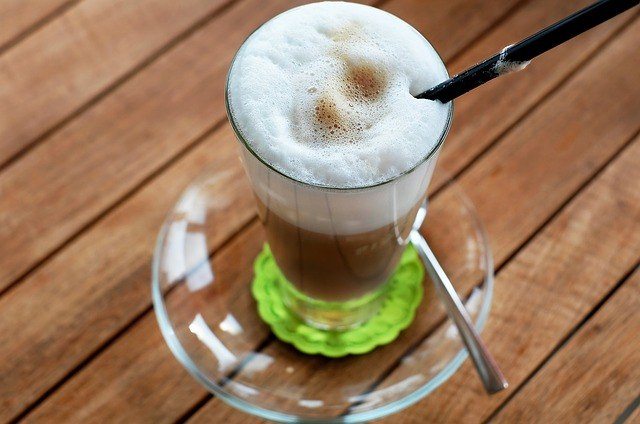 Macchiato is a traditional Italian beverage made with an ounce or two of espresso with just a spot of milk. The result is a stronger-tasting coffee drink.

Macchiato is pronounced as ma ki-aa tow. It literally translates to “stained” or “marked”, and it got this name because the Italian baristas would add a spot of milk in the center of a cup of traditional macchiato. The main reason for this tiny detail is to distinguish it from a cup of espresso.

One modern-day variation of a macchiato is actually the caffe macchiato. However, it is more similar to a latte than the traditional macchiato. The only difference is that instead of adding milk to the espresso, it is the other way around.

Another, more commonly ordered variation is the caramel macchiato. Actually, it should be more accurate to call it a vanilla caramel latte. That’s because it consists of espresso and vanilla syrup with lots of foamed milk and a bit of caramel on top.

Of all the milk-and-coffee beverage variants, the macchiato is perhaps the most confusing one to order in a coffee shop. But you’ll be safe as long as you keep in mind these three main variants. Otherwise, you might accidentally order a strong macchiato if what you’re actually craving for is a sweet, caramel one.

If you’re curious to know what one serving of traditional macchiato contains, it typically consists of:

For more of a caffe macchiato experience, a single cup usually consists of:

If you lean more towards the idea of having a caramel macchiato, then the measurements are as follows: 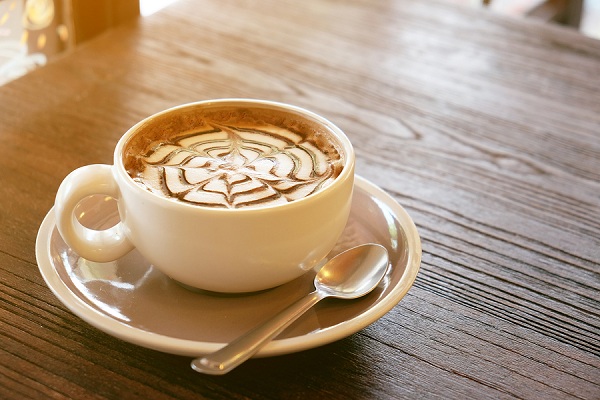 Also called caffè mocha or mocaccino, this coffee drink is similar to the latte but with chocolate added to it. Sweet cocoa powder is typically used, although some stir in chocolate syrup or even chunks of chocolate.

The two main variants of this beverage have either dark or milk chocolate in them, but nowadays some people prefer white chocolate or a combination of any of the three.

An easier way to prepare mocha is to make a cup of hot chocolate and then adding a shot of espresso. Whipped cream may be added, along with some marshmallows or a dash of ground cinnamon.

The typical measurements in a single serving of mocha are:

If you want a stronger coffee flavor, ask your barista for a macchiato. But if you prefer a bit of coffee in your milk, then ask for a cappuccino or a foamy latte.

Want something that is a little in between the two? Then ask for a wet cappuccino or a flat white. And of course, it goes without saying that chocolate lovers shouldn’t hesitate to go for mocha.

But regardless of whichever variant you’ll choose today, one thing is for sure: you now know exactly what you want!

Here is an infographic

We use cookies to ensure that we give you the best experience on our website. If you continue to use this site we will assume that you are happy with it.I Accept